Yesterday was D-Day. We received Little Bear’s school assignment. Papi Bear and I were nervous, almost as though this were a decision as to whether or not our baby was going to an Ivy League school. First, they reviewed his assessment. We agreed with everything stated. Then we both started thinking, “Oh wait. Did we make him sound too good? Maybe they won’t even consider him for school. Crap. We need to make him sound worse! He needs to be in full day preschool with an IEP!” 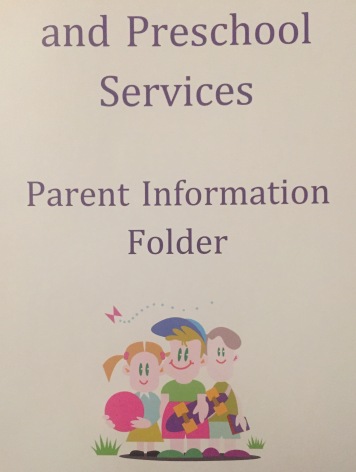 Then came the moment where they explained the different programs.

“One of the programs your son tested for was the ASD program. Your son has a social smile, attempted to engage strangers, enjoys playing simple games, and has developing joint attention. He also has over 200 words. Because of his social and verbal abilities, your child does not fit the school board’s criteria of ASD. Keep in mind this is not a medical diagnosis and is simply the criteria of the school board. It will not affect any services your child is currently receiving.”

I could feel Papi Bear breathe a sigh of relief. This trip has been an even bumpier ride for him than it has been for me. He only sees Little Bear at night and on the weekends, when he’s least structured and most likely to act out. His culture is also not one that takes the bull by the horns when it comes to dealing with special needs. He hasn’t told many people about Little Bear outside of his immediate family. This gave him hope that his son was simply not that social – just like he was as a young child.

Now we were sweating again. Did he place at all? He must have. He must have placed somewhere. We thought he was at a lower level than his brother at his age. He was, wasn’t he?

“Little Bear has been assigned to the Intensive Full Day program at Big Boy Elementary School.”

I had originally requested that Little Bear be in the same class with his brother, but his brother is in the larger class size, so it’s not possible. They’ll be right next door to each other, though, and they have recess and playground together. I’m okay with that.

And that’s where we are. Little Bear is going to full day preschool at the end of the month in a small class with other kids that have similar developmental levels. He was not deemed high enough need for a special needs school, which means his ABA, OT, PT, and SLP have brought him a long way from where he was in March.

More than once I’ve considered calling Fancy Preschool and telling them, “Guess what, Fancy Preschool director. The school board says my child does not need a special school and is perfectly capable of being in a regular classroom as long as there’s a smaller class size and he has a little more help.”

Little Bear celebrates his third birthday this weekend. We’re taking him to Disney to celebrate. He doesn’t really care much, but his brother has been talking about it non-stop. Fun times this weekend for the Bear family!

Little Bear is currently in an Early Intervention program through the state. His birthday is in August and he will be turning 3, aging out of his program. He is expected to start a public school pre-K program at that point. Big Bear was in a similar program for neurotypical kids because he wasn’t speaking and has some social issues and he really blossomed when he began school. We’ve been waiting excitedly for Little Bear to reach this point.

Little Bear wants to start school desperately. His brother is in a summer camp program at a local Catholic church, which we call Solcito Camp. He calls church Solcito. I don’t know. We just roll with it. Anyway, every time we go to pick him up, Little Bear runs into the room and starts playing with the toy kitchen. Today we went in and they were having a dance party. Little Bear just started getting down. He was stomping, singing, dancing, and having an awesome time. His hardcore home schooling and therapy has helped him a great deal over the last few months, but he really does miss the atmosphere of school and being around other children.

We got to his transition meeting earlier than expected because I picked up the wrong paper from my mailbox. I thought it was at 8, but it was really at 9. For some reason they had a translator there for me, but I gave her up for another family whose translator was running late and was in desperate need of someone to help out with their twins.

Little Bear was his regular self during the evaluation. He talked a little bit, but not much. He played, used his social smile, but didn’t always follow directions. Getting him to stay on task was a challenge. Getting him to say two word phrases besides “I want” was not happening. However, within five minutes of the evaluation beginning, the psychologist and developmental specialist both said, “Look, we can’t diagnose your child. Also, we should let you know that none of this information will be shared with your medical provider unless you choose to share it, but we personally do not think your son’s final diagnosis will be ASD. We see a lot of children come through here with an ASD diagnosis and if your son is on the spectrum, he is very high functioning. We’re not saying he’s not autistic. We’re not saying he’s where he should be. We’re still filling out the forms for the autism class evaluation, but we do not expect that he will be placed in an ASD classroom. He just doesn’t fit the criteria of the other children who are placed there and he most likely wouldn’t improve as quickly as he would in other rooms.”

Papi Bear wasn’t with me for the evaluation – he had to attend a conference out of town – but when I told him over the phone later on, he was thrilled. He said I had made his entire week. Little Bear’s diagnosis has always been difficult for him to deal with because of cultural differences. It has been compounded by the fact that he usually performs better in the mornings and he only really sees him in the afternoons after he’s worn out from 6-8 hours of therapy a day. This made him feel like his child has more possibilities to reach his potential. I think Papi Bear still has trouble grasping the idea that autism doesn’t mean Rainman or rocking in the corner. I think he also carries personal fears that he may be autistic and, therefore, the cause of his son’s neurological differences.

And that’s where we are now. Our next meeting is on August 8th, four days before Little Bear’s 3rd birthday. We’ll find out what school and classroom he’ll be assigned to. Fingers crossed that he gets a full day schedule and that they let his ABA therapist go in to see him at school.

We’ve been missing in action because Little Bear turn 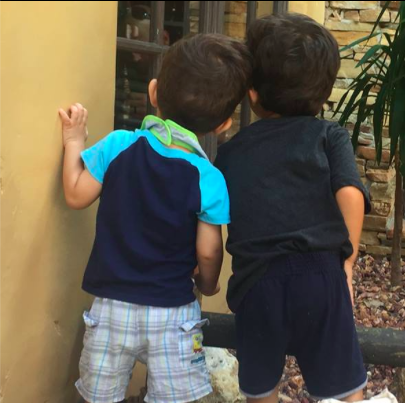 ed TWO last week! We took him to Disney World to celebrate.
Disney has a special pass to let ASD kids wait in line without actually waiting in line. I highly recommend it for any family with a child on the spectrum. It was life-altering for us.

We actually almost missed Disney because he spiked a 105.8 degree fever on Wednesday night. We took him to the hospital. Twice. Luckily it was gone by Friday morning and all he had left on Saturday was a bit of a rash. We were good to go and we’re glad we went! The boys had a wonderful time on Saturday. Sunday was a bit stressful and we ended up cutting out early because both of our little cubs were exhausted from a long week.

So… happy birthday, Little Bear! May your life be filled with love, happiness, and success. Mama and Papi Bear love you with all their hearts. And probably Big Bear, too, although he doesn’t say it.

I am a mother of two young boys. My youngest was diagnosed with PDD in July of 2016. I created this blog to work through the anxiety of the unknown.